You have won a lottery!

My stars must have been ascendant or the planetary positions in my horoscope ought to be superb! I receive at least two mails a week announcing that I have won lotteries to the effect of one million dollars or a few crores of rupees! Lotteries that I have neither participated nor have known to exist… Mails coming from unknown people of diverse nationalities, from countries across globe - Europe to Sub-Saharan Africa! It has never been a few thousand rupees or a few hundred dollars... Only millions or crores! I even received mails from the Reserve Bank of India and the United Nations!!! Incidentally the sender always wants to know only my contact and account details.

As I have been ignoring these mails, messages kept popping up on my cell phone! Messages generally read like "You have won 100,000 USD. Contact immediately". Scammers must be working overtime these days... 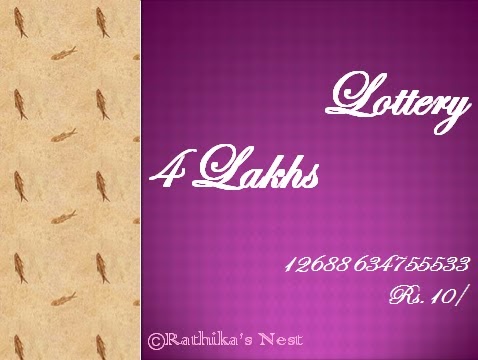 Couple of weeks ago, we received a call on our landline. A male voice informed us, "We are calling from IRDA... This is a routine enquiry about your insurance service providers..." The caller sought information on the type of insurances we held, annual premium, who our insurance providers were and whether we were satisfied with their services. The number appeared to be a toll free number. The caller was professional and respectful in his manner.

This was followed by another call a week later from the same 'IRDA caller'. This time we were informed that we had an accrued benefit to the tune of Rs.88,000/. We couldn't comprehend. Since when have the insurance companies started doling out money? When we raised queries, a quick calculation was made at the other end and the caller informed us that our accrued benefit is Rs.88,543.18 to be precise. We could collect the money any time!

Our lucky star must be shining very bright indeed. But, there was a tiny little catch! The caller told us that we need to deposit a small sum before we could collect our entitlement. We promptly disconnected the call.

According to a source, lottery scams are the most common email scams in India, whereas other types of scams such as inheritance scams or phishing scams are also reported often. Information Technology Act, 2000 provides relief for victims of such scams.

Con men have been living among us since time immemorial. When I was at school, our neighbor had placed a VPP order for a transistor radio, based on a magazine advertisement. He received a package and duly paid for the same, only to find a small carton filled with waste. We were later informed that several people in the town had received bricks! I would still say bricks were definitely better than a carton full of wate.

You can't blame the stars though. We still keep getting calls from various banks about the mysterious benefits and entitlements... My inbox continues to receive mails stating that some kind soul has bequeathed me a large legacy!

Oops... My phone is ringing... Perhaps I have won ten million Euros or Sterling pounds this time... Who knows?