During our childhood, summer vacations were very special as we spent a good one month at our grand parents' place. This was the time for adult reunion, while we children used to have great fun with our siblings and cousins. At any given time, there would be at least six to eight grand children of varying ages and sizes! Days were spent on games, reading, exploration of the house, mischief making and of course, fighting.

On one such lazy hot, humid summer day, the women of the house decided to go shopping. Hence, we were fed with a sumptuous meal in the morning and left in the care of an uncle, whose favourite pastime was to sit by the window and observe the passersby on the street. As was the norm, we were promised some delicious snacks in the evening, and duly admonished not to go out or play in the hot Sun. After bickering over the various indoor games, we settled down to play monopoly. Time passed away and we were absorbed totally in keeping our paper money safe as well as buying, selling and mortgaging ‘Guwahati’, ‘Dehradun’ and other cities, interspersed with occasional angry outbursts over the duration of jail term for one or the other players. My overenthusiastic brother had spent all his money on buying properties, which to his bad luck did not yield any rent. As none of the others were willing to lend him money, he lost interest in the game and started whining, “I feel hungry…”

It was almost two in the afternoon and there was no sign of the womenfolk yet at the door. My older cousin wisely observed, “they will be late… you see… they have gone to buy sarees…”

The thought of food made us all hungry, and we started rummaging the kitchen and pantry for some snacks, but to no avail. One of my cousins found dosa batter, and exclaimed “Why can’t we make dosa?” 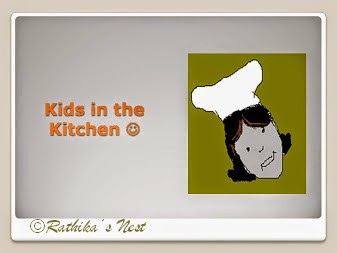 Being the only girl in the group, the responsibility of making dosa fell on me. I was just an eleven- year-old girl at that time and had absolutely no experience in cookery. With much goading from my cousins, I took up the challenge. Nonetheless, there was this problem of lighting the pump stove, which none of us was familiar with. Encouraged with the little knowledge of what had been observed in the kitchen, we decided to light the stove. After a brief discussion on the procedure, we lit the ‘kakkada’(a curved implement) soaked in kerosene and placed it under the burner. After it became red hot, we started pumping the stove. Voilà! The burner lit with an ‘oozz’ noise. But, the act of pumping fascinated us. We bickered over who should have the honor, and ultimately settled that each one should have his or her turn to pump the stove! With continuous pumping, the flame started to burn high.

We placed the tava on the fire, and waited for good five minutes for it to get hot! When I stared to pour and spread the batter on the tava, the sides of the dosa turned black. When I turned the dosa over, the cooked side was black – burnt fully!!! Dosa tasted bitter and was sticking to our teeth. We didn’t know what was wrong.

“Don’t wait… turn the dosa immediately…” suggested a cousin. This technique did not work. The dosa continued to get burnt. After making around six dosas, finally it struck us that perhaps the heat was too much. Nobody knew how to reduce the flame. After a frantic search, we found the right knob, which was piping hot. Using a cloth we opened the knob a little and the flame reduced. With great effort, I made two more dosas, which were palatable and my brother ate them. Alas! No more batter was left. We were all still hungry, sweaty and soot covered in the hot kitchen with a pump stove that was still burning. We opened the knob fully, and ‘poof’ the flame went as high as three feet. We all screamed and scrambled out of kitchen. Thanks to our stars, the flame died as soon as it flared. The kerosene was all used up due to our gallant efforts at cooking on very high flame!

At the end of the hour long ordeal, we were left with six burnt dosas and we did not know what to do with them. One of us suggested, “We will dispose them off in the dust bin…”

“Let us eat them…” But, nobody wanted them for obvious reasons.

“You pumped the stove…” said one.

“No, it is your fault… You made the dosa…” said another.

Blame game continued. “Shh… Don’t worry… we will leave it to uncle… he will not scold us…”

So timidly, we carried the dosas to our uncle, who still was sitting by the window and gazing out. One of my cousins said, “We made some dosas…”

Uncle looked at the plate and then looked up at us. He said with a smile, “Leave it here…” and turned his attention back to the window.

After some time, we found the plate empty. “Did he eat them?” wondered a cousin. Others just shrugged their shoulders. The fate of those dosas still remains a mystery.

When the women returned, we got our promised snacks. One of them found the empty pot in the kitchen.
“Did uncle make dosa for you guys?” my aunt called out. “Yes…” we said unanimously and with great relief.