Attire makes an important component of your personality. My grandfather believed that one’s attire should reflect his/her character. When I was a little girl, I was intrigued by my friend’s neighbor, who always wore long-sleeved blouse and sari very elegantly! She made a great presence standing in her balcony with an enigmatic air.  Looking back, it was her persona as much as her attire that was appealing to me.

All in all, you can make a statement, style otherwise, with your attire. Recently while glancing through the advertisements of ‘Aadi Sale’, I was amused to find that some of the old fashion designs are making their way back into the current trends!

Yes indeed, the attire has changed through time. When we were growing up, girls generally wore frocks or skirt & blouse (பாவாடை சட்டை), while boys wore shorts & shirts. My grandfather considered spending money on anything 'fashionable' to be colossal waste! For reasons best known to him,  he disapproved of men sporting mustache and beard. It would be hilarious to watch my cousins taking great pains to have a clean shaven look while visiting my grandfather!

Few decades ago, Brahmin women wore nine-yard sari (மடிசார்), which was slowly relegated to special occasions. Lately, I read a new article stating that 'ready-made' nine-yard saris are now available in the market, as many people do not know how to tie the same!

Normally girls graduated from skirt & blouse to half sari tied around a long skirt (பாவாடை தாவணி). Salwar kameez was considered ‘north Indian dress’ and was bought only occasionally. Then suddenly ‘lungi’ (லுங்கி) became popular, and if memory serves me right, lungi was the first unisex attire that became trendy! In my early teens, I wore my first lungi-kurti with matching long beads chain, of course with the total disapproval of my grandfather. Interestingly, kurti has now become fashionable among the younger lot.

Around the same time, bell-bottom became popular among boys. I still remember the extensive efforts made by my cousins to find the right shade of jeans cloth and getting it stitched with the right width of the bottom! Actually, it was rather funny to wear jeans with a bottom at least twice long as your feet. Boys matched bell-bottom jeans with long hair and sideburns to complete the fashion statement. 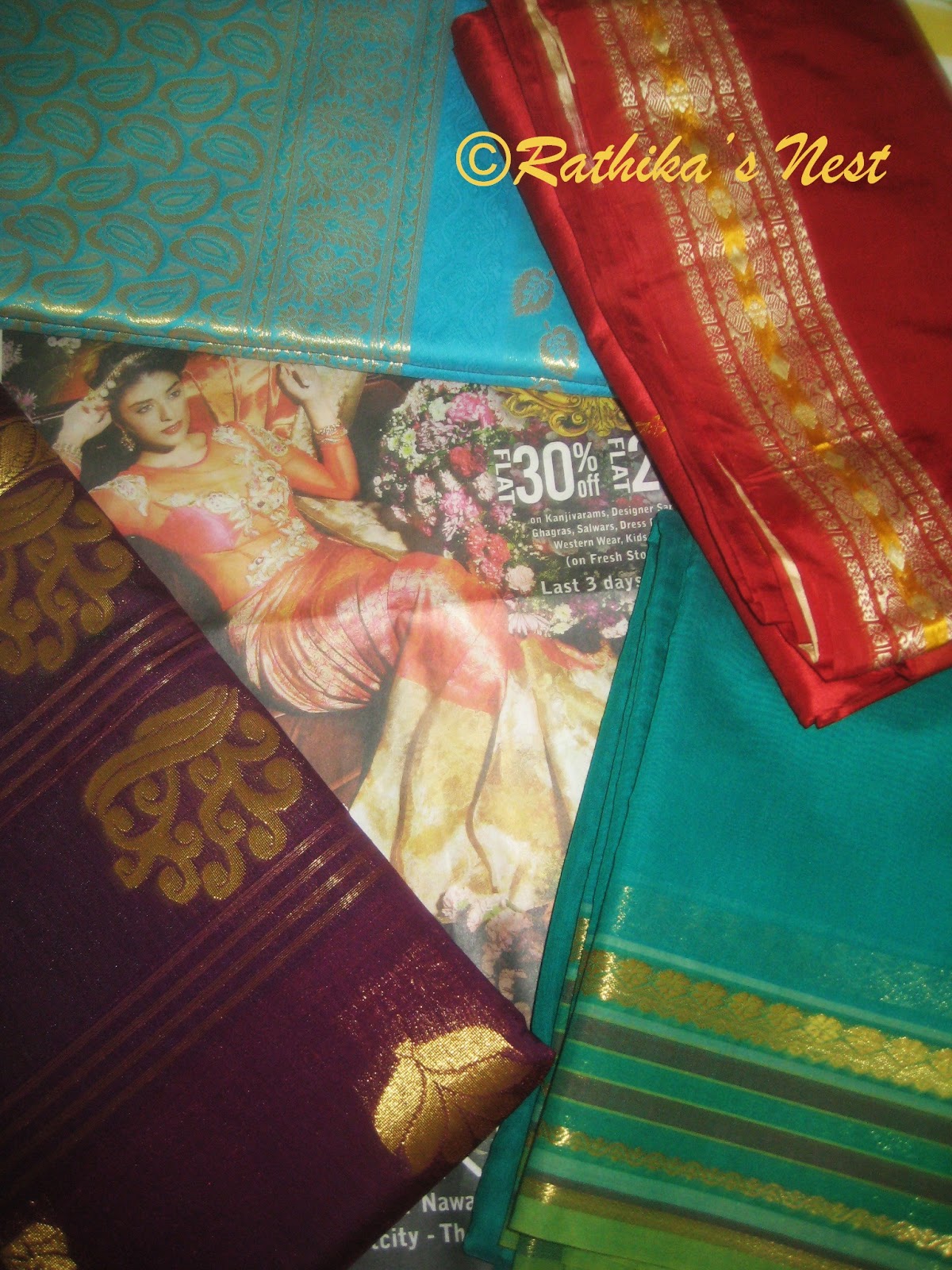 While starting college, girls graduated to sari. I preferred cotton sari for the professional look it gave the wearer. Among the saris, ‘Kalakshetra’ (கலாக்ஷேத்ரா) designs were a rage for some time. These designs are now becoming popular! During this period midis also became fashionable among teen-age girls. Churidar came into vogue much later; Vow! It caught up with the imagination of even rural girls. This was followed by many other modern outfits for young women ranging from leggings-kurti to jeans-tops.

Of course, sleeves kept changing from time to time - from sleeveless, short sleeves to half, three-fourth and full sleeve. So did the length of the skirts and pants girls wore. However, boys are always stuck with trousers and shirts, though jeans and T-shirts offer some scope for experiment.

Over time, dress sense has greatly improved with more and more people wanting to dress-up for the occasion. In my opinion, your attire should reflect your character and personality, and it should be suitable for the place and purpose. It is indeed true that good attire helps to make a positive impression on others. Nonetheless, remember, that the ‘Form’ can never replace the ‘Substance’.