An elderly lady with unkempt silvery hair was sitting at the dining table. She was staring at the food morosely. A handsome middle aged man with deep set eyes was seated across and he looked thoughtful. Suddenly, without warning he pulled out a gun and shot her at a point-blank range in the chest. She sat still for a moment, then opened her mouth and let out an eerie cry!

I got up with a start. Light of the dawn filtered through the window panes and birds were chirping outside. Damn! It is a dream. Weird to have dreamt something so vividly, I wondered as I got ready for the day.

Dreams are sequence of images associated with feelings and thoughts that happen in our mind during sleep. Dreams generally occur during the rapid eye movement (REM) stage of sleep, due to increased brain activity. REM stage starts usually 1½ hours after you fall asleep. Sleep cycle through different stages of sleep happens 4-5 times throughout night. 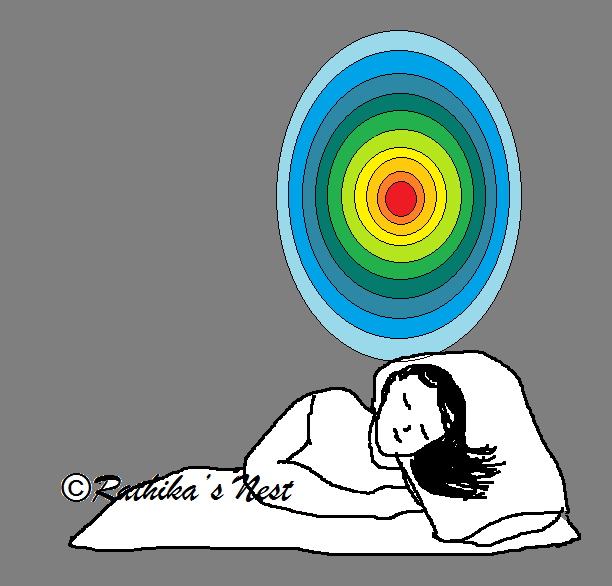 Why do we dream?

Behavioral scientists have not yet found out ‘why we dream’, though several theories are proposed.
According to Sigmund Freud’s psychoanalytic theory, dreams are the expression of repressed urges and impulses from the unconscious mind or Id, as an attempt at wish-fulfillment. Disturbing imageries from the unconscious are converted to acceptable forms leading to symbolic dream images.

Dr. Allan Hobson and Dr. Robert McCarley proposed activation-synthesis model. This theory states that dreams result from physiological activation of brain stem during REM sleep, when motor and sensory stimuli are blocked. Random impulses originating from the brain stem are processed by the cerebral cortex, producing the dream imagery.

Dr Allan Hobson after further research on dreaming came up with the theory of protoconsciousness. According to this research, protoconscious state during REM sleep creates a virtual reality of the world, which is essential to waking consciousness.

Rosalind Cartwright theorized that dreams are our mind’s creative effort at problem solving. While Winson and Pavlides came up with information processing theory. As per this hypothesis, dreams result from the brain’s effort to process, consolidate and store information collected during the day.

There are other suggestions such as dreams are the brain’s response to external stimuli while sleeping or its effort to clear the mind of clutter.

Do dreams have meaning?

Whatever may be the theory, people have been fascinated by dreams and trying to interpret dreams from time immemorial. Religions have interpreted dreams based on their faith and symbolism. Various philosophers have also tried to interpret dreams in their own ways. Dreams have their impact on art and literature as well. Though modern science has not yet found out the purpose of dreams, there is a general belief among researchers that dreams have meaning.

Sigmund Freud analyzed dreams in his book ‘Interpretation of Dreams’. Freud theorized that our unconscious wishes are manifested in the dreams through a process involving condensation, displacement, symbolization and secondary revision of latent content. In short, dreams are our mind’s effort to fulfill repressed wishes.

Carl Jung believed that dreams are the expression of both individual and collective unconscious. He also suggested that the symbolic content of the dreams indicate the repressed attitudes and dreams could help resolve individual's fears and problems.

Researcher G. William Domhoff suggested that dreams result from cognitive and neurological processes, and they reveal the individual’s concerns.

According to Calvin S. Hall, dreams are the expression of personal elements through a cognitive process, and the dream content helps to understand the individual by revealing the way to the unconscious.

Whatever may be cause of dreams, we would continue to dream as ‘dreaming’ results from hitherto not fully understood workings of the brain. While most of the dream content may not be of relevance, the unconscious mind definitely brings to the fore the issues that need our attention through dreams. Such significant dreams indeed help in our spiritual growth. I don’t think we need to spend time analyzing every single dream, but learn to separate the wheat from the chaff so that we identify the important and valuable dream as and when we have it.